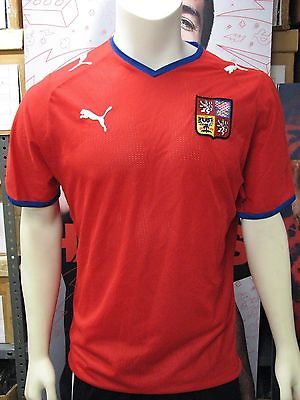 The Czech Republic was runner up in both the 1934 and 1962 World Cups and won the European Championship in 1976. This was while they were still part of Czechoslovakia. As their own nation, they have finished second in the 96 Euro and got to the semifinals in the 2004 Euro. In 2006 they were ranked sixth best soccer country by FIFA World Rankings. Official Puma Licensed Replica apparel. USP Fabric Technology, stitched Czech Republic national crest, and rubber puma logos on the chest and sleeve. 100% polyester